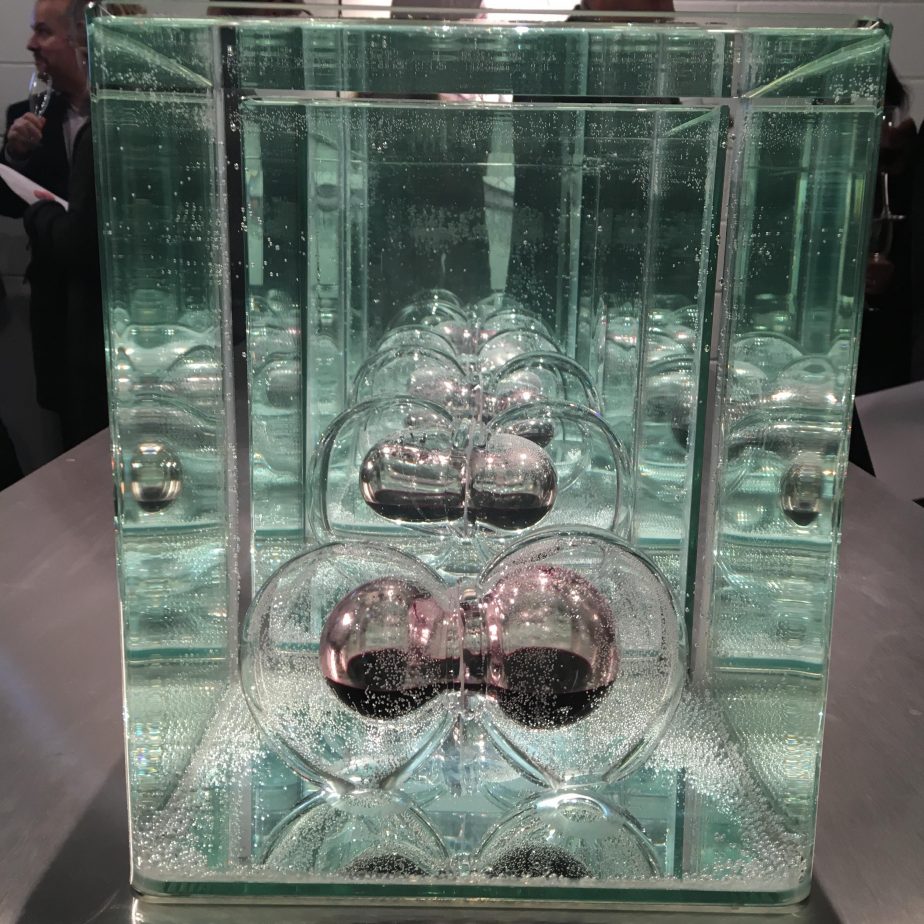 R.B: More than being an object of inspection, I really wanted it to be an entry point for introspection, for people to see within themselves their own narrative and experience through the object. This is a subject matter that is known to everyone, one way or another, one of those things we know and aware of, whether from personal experience or association in various forms, from our family, friends and advertising but don’t really talk about. I think it’s a bit naive and reductive to say it’s difficult to relate to it because one does not menstruate, because clearly it has a lot of social and politic aspect wrapped around it. I’m not trying to claim anything, just as how I approach my art practice, I truly believe in emphasising the body and self as a tool to address sociological, societal, political and cultural issues and concerns, opening up conversations and views of the body as both a physical entity and a blueprint that carries numerous symbolism, history and associations. This understanding of ourselves then extends to others and our environment – seeing how they are interrelated and inextricably linked, as everything is: from the Self to the Other, and society at large. Keeping this in mind, it is therefore important to highlight its physicality to ground the seemingly abstract conception of our biological make-up, especially what is “inside”. These are not magical mystical objects and fluids, they are very physical and they exists in physical forms within and around us.

The visual form touches on a lot of associations – notions of inside and outside, liquidity and transparency, magnification, biological structures, and there are even sci-fi elements in it. It is mesmerising and elegant, it draws you in to look closer, which is the appeal of glass and water, or liquid in general. This is crucial because together with my collaborator Anna Gray, we wanted to show the beauty of the substance while accentuating its delicate qualities through the material and its presentation. These are all in tune with the core idea behind the work that menstrual blood can be viewed and displayed with such beauty. Along with this, both of our practices share inquiries and introspection into biology and the physicality of the body.

It’s ongoing, on its 14th month. We will continue doing it until we can, I suppose. Most of my collaborations are long term because I believe this really tests and strengthens the work. I’m also very much into repetition and duration and notions of time, which is really for another discussion.

L.R: You consider yourself a social worker. How do you envision the permeation of Art in current societies? What could be the benefit and risks of such permeation?

R.B: I’ve always been a believer of art as a catalyst for social change because it has the capacity to open up our minds in the most peculiar ways, and the possibilities are infinite. I like to see it as a MYTH, but not the kind that proliferates fables, falsehood or superstition; more of a way to see more than all things seen, utilising it as a foundation or ground of our existence and our awareness that cannot be understood in the things that are “known”. As a consequence, we are forced to speak about it through myths, through special metaphors, analogies and images which say what it is like as distinct from what it is.

Yet myth is not to be  taken literally, just as electricity is not to be confused with air or water. There should be utmost care not to confuse image with facts, which as my favourite philosopher Alan Watts say, it would be like climbing up the signpost instead of following the road (for directions).

This is a tool that is much needed in our current times, or in any times, before and in the future – for as long as there are oppressions and conflict created by those who want to manipulate how we think and impose ideas and visions which they want, to advance their own greed at the expense of most of us and the world we live in, art will always be relevant and urgent. It is , or at least to me, should always remain a force of resistance and an educational tool for us to understand more about ourselves, others and everything around us, again and again – as those who have certain level of understanding of themselves experience freedom in its purest sense, and are therefore not fooled nor oppressed by the superficiality and shallowness that humanity have managed to create all the years of our existence. As a consequence, there is no urge to inflict pain and oppress others too.

Art creates this sense of wonder as well. Wonder and it’s expression in poetry and the Arts are among the most important things which seem to distinguish men from other animals and intelligent and sensitive people from moron.

But transition and learning process will always be painful, just as the cave man hurt his eyes upon leaving the cave into the sunshine. Permeation of art will, as it was, contain some level of pain in it, it will be mocked, made fun of and attacked but this is part of the process. It’s painful for everyone, artists and viewers alike, but if it keeps persisting, pain, just like everything else, will pass, because it is not permanent. That’s just how nature works, and it’s the beauty of life.

L.R: Your artworks are often primarily composed of material considered waste. Toiler paper, hair, piss, snot – is the process of re-contextualisation of such common substances into the gallery space a symbolic critique to institutional behaviors?

R.B: A big part of my practice lies in my interest in what may be considered as ‘waste’, coupled with a burning desire to be on the path of a ‘zero-waste artist’. In the context of the human body, it’s primarily focused on bodily fluids such as blood, piss, snot or anything that exists within, comes out or taken from the body. I seek and experiment with ways to incorporate these ‘bodily wastes’ as materials for artmaking. This seems like a fuck you to the ever pristine (even when they deal with waste, its still treated in a very sanitised and orderly manner, can be gross, but not to gross basically) gallery/institution set-up but this is not the primary focus of my practice. It is an element of it, but shouldn’t the gallery or art space be a laboratory as well? In all sense of the word? Where experimentations happen and objects are seen as inquiries that leads to discoveries. A scientific laboratory is a fascinating place, containing its own aesthetics that are not ‘beautiful’ in the conventional use of the word in the art, but that’s the ultimate beauty of it. Shouldn’t we treat art spaces such too?

L.R: Physical endurance and recurrence have both featured as performative and aesthetic strategies in your performances. How important is for your work the relationship body/mind?

R.B: Very important. From my spiritual and philosophical belief, in line with my meditation practice, I don’t believe in the body/mind separation. I see and really try to live by them being a singular entity, as everything is. we suffer from hallucinations from a false and distorted sensation of our own existence of living organisms. Most of us have the sensation that I myself it’s a separate centre ,feeling and action living inside and bounded by the physical body a centre which confronts an external world of people and things making contact through the senses with the universe both alien and strange. we did not come into this world;  we come out of it, as leaves from a tree as the ocean waves the universe peoples . The first result of this illusion is that our attitude to the world “outside” us is largely hostile. We Are Forever conquering nature Space Mountain,  insects instead of learning to co-operate with them in a harmonious manner. the second result feeling that we are separate Minds in an alien, and mostly stupid, universe is that we have no common sense, no way of making sense of the world upon which we are agreed in common. The body in its entirety, encompassing the mind, is a powerful gateway to this.