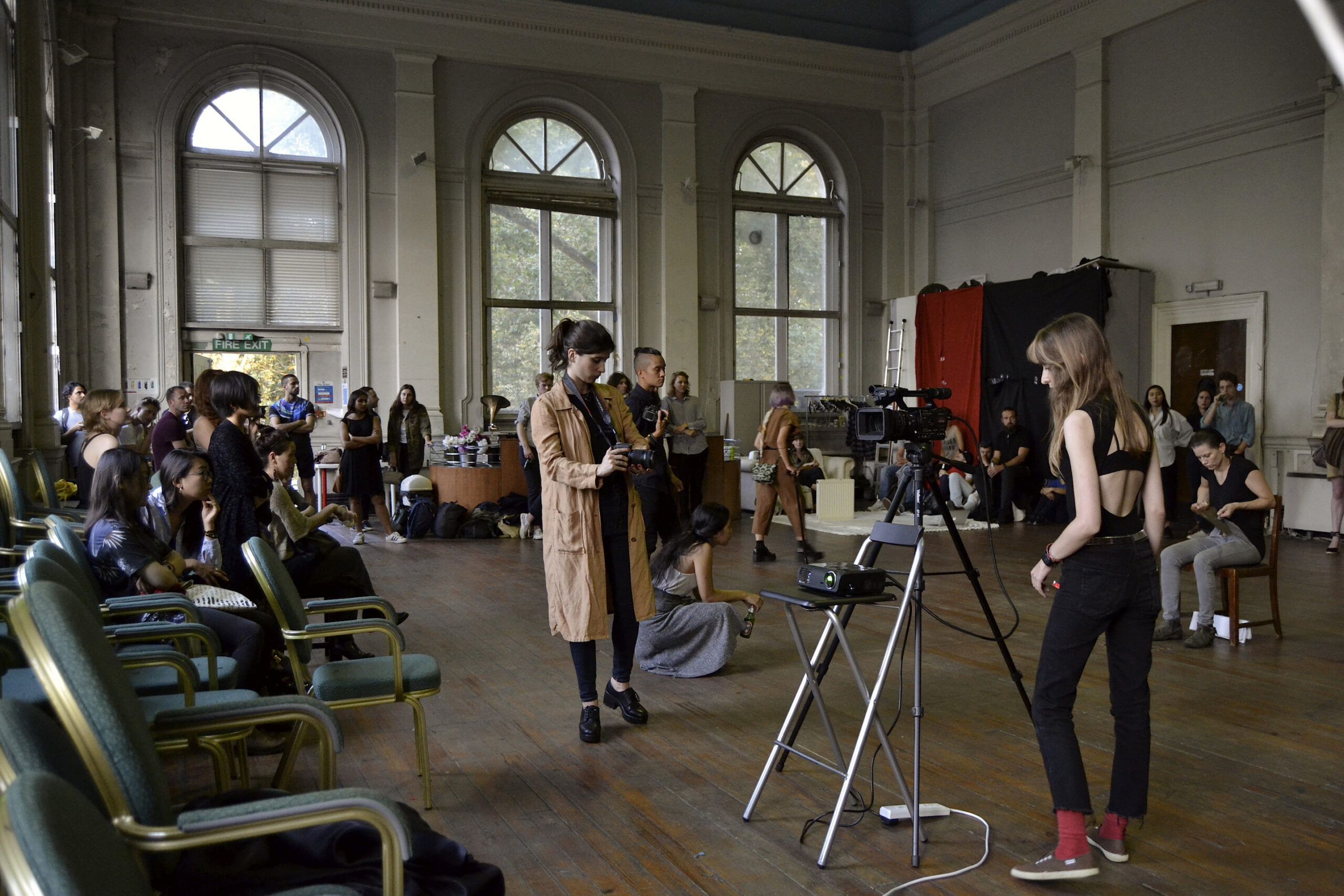 Lime-in-aid: Prevention is the cure

Once again, artists from the RCA Performance Pathway bring us into another dimension.Straight from the beginning, and also due to the wonderful venue, the viewer is immersed into a new universe.

How to describe this multidimensional environment?

Challenging. It challenges your views on the female body and its eroticisation (Alice Jacobs), on the otherness, on your own senses, but also on yourself as a human-being and the relationship with your own body (Rhine Bernardino), on the concept of communication, on the state of society… The narratives created by each artist lead you to question your own assumptions.

Mesmerising. Straight from the beginning, thanks to Gerald Curti’s lightning, you feel hypnotised. It is almost like you want to stay here and be part of what is now a living town hall. Luli Perez’s sound performances acts as the heartbeat of the space. Helen Davison’s bubbles pop from unexpected places take your eyes for a promenade throughout the town hall.

Surprising. There isn’t any dichotomy between outsiders and insiders of Performance Art. It doesn’t matter if you ended up here by chance, by hazard, through a friend. You are all on the same level, on an equal foot when it comes to the feeling of ‘surprise’. Who wouldn’t be, when seeing Eunjung Kim’s white liquid coming out from behind the curtains. It could also be surprising to see such an eclectic roster of Performance artists working so well together. Surely it is due to Jeth Reres and Linda Rocco’s curatorial practice and the uniqueness of each performance.

Intense. I am almost tempted to say ‘as always’. Not in a pejorative way, no. ‘Successful’ performances are surely the ones that have an impact, that you will remember. You feel something for 3 hours straight, something like disgust, compassion, melancholia… but you always feel. For instance, during Selina Bonelli’s performance, part of me wanted to look away, on the other hand I was captivated by her. It is a feeling often encountered, isn’t it? For Luca Bosani’s work, when you watch him going around the space, you are smiling: half entertained by the subtle dark sense of humour, half depressed about society.

Another experience that is certainly still resonating in our minds.