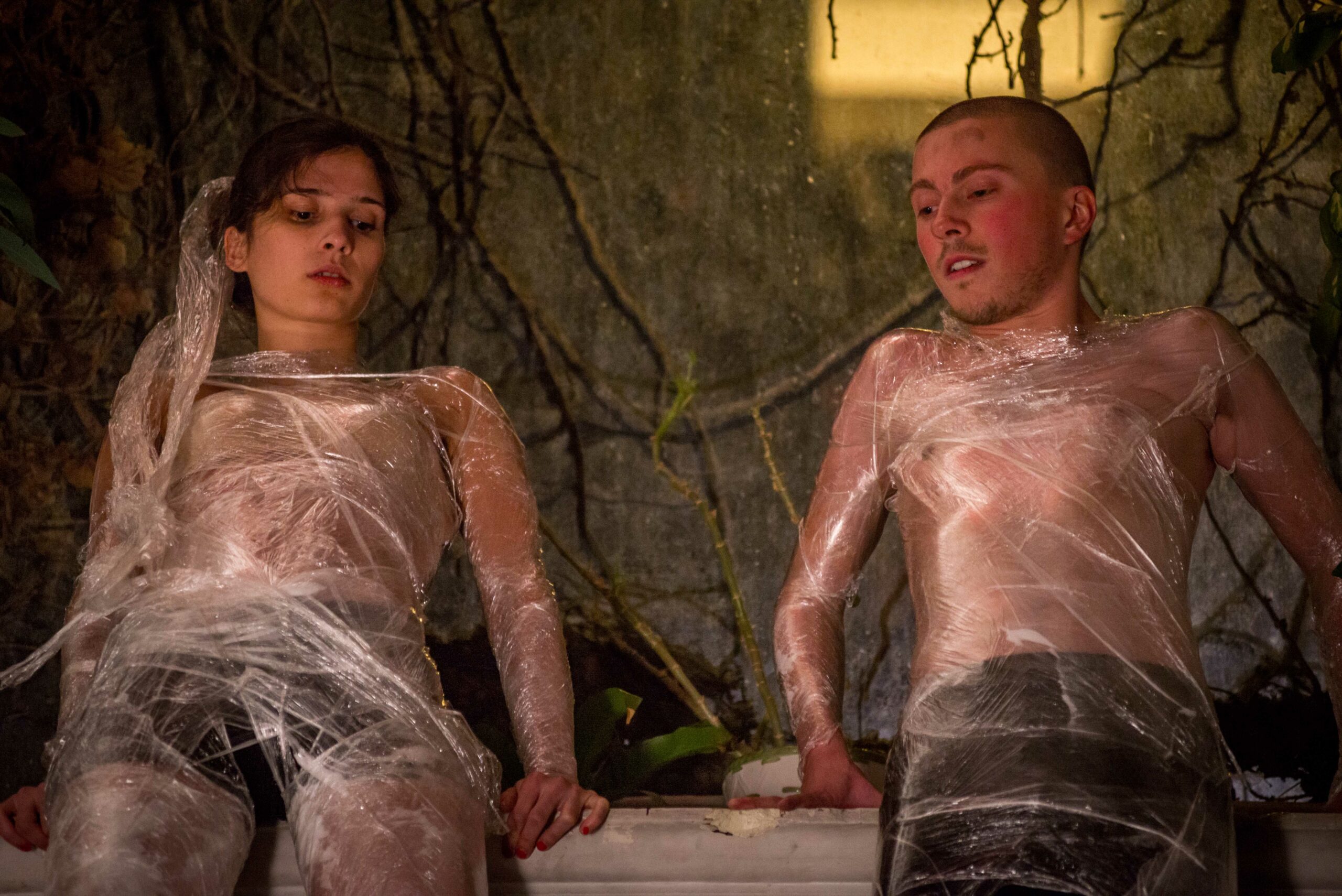 rhythmic Osmosis is an exchange among stranger bodies: seven contemporary dancers/movers will be collaborating with seven artists working with performance. Exchange of ideas, practice and examination of the peculiarities and seemingly fine lines in between disciplines will be explored intensively by two bodies paired to create a piece of work together or in conjunction with the other. All forms of conversations, give-and–take dynamics amongst these bodies may result in fluid fusions, discrepancies or even confusions – exciting variation of discoveries and possibilities that the project is strongly hoping to achieve. The outcome of these exchanges will be two live events open for the public not only to see but also to contemplate on and possibly interact with. The first session will be in the Limehouse Town Hall and the second session will take place at the Royal College of Art.

Given factor: Osmosis is the spontaneous net movement to equalize the two solvent in different concentration.

Assumption: An oscillation, initiated by the inharmonious and unpredictable challenges, orients the two bodies towards the future within the contemporary present time. Revelation and Redemption, Dismantling and Demonstrating, Folding and Unwrapping. Through a sequence of situational events, one divides into two, two fuse into one. “Like modern society itself, the spectacle is at one united and divided.” Attraction emerges from split actions, partakes the unity that is infused with divisions, then transforms itself to contradiction in reversal: what divides us, bring you together.

You are here to work the conclusion out.

The work examines fragility and vulnerability of the foreign body through movement and voice. The foreigner appears entangled in a complexity of separation and unity, unsettled between giving in and an expressive drive. They experience the dispossession of their own language while trying to communicate. The desire before any word is in friction with the stigmatized pronunciation and speeches become disarticulated sonorities.

@ How does one body connect to another through the subtlest movements? Lol How have bodily gestures been transformed through online communication? # Have our physical articulations become emojis or is it vice versa? Like Our online and offline lives have merged into a slippery space where we lol instead of laugh RT Can you feel it? Save to CloudAs you scroll down a bus is passing, trees are growing, humanity is resizing.

In a post-human world where smart phones have become prostheses,  tv-hour is long gone and the digital realm is 24/7, 7 days a week. Our conversations online are just as intimate as a touch. Our bodily rituals are shifting with the new nuances of the new interfaces.

Is there the potential for us, physically present in two different countries, in two different time zones, to build a shared inhabited environment, somehow defying time and space? What is this new continuum? Where does it exist? Can we challenge physical reality and objectivity by way of finding and making a common ground?‘Seeing is believing but feeling is the naked truth’* stands up against and walks through – ‘the map is not the territory’.

There is a story about an elephant that was tied up by a rope when one was young. Then, it is still tied even when it becomes strong enough to cut the rope. With actions of going beyond the boundaries, body informs vectors, flows and weights as a‘becoming’ being. What makes the shape of a body?